Liar, liar, pants on fire…” Is calling somebody a liar the worst thing you can say about them? It’s certainly one of our favorite ways of branding people. Calling something a lie brings up questions of the nature of “truth” (a topic for another blog). Seems to me we often conflate truth with fact.

Instead of accusing one another of being “liars,” can’t we just state that they said something that we don’t agree with or think is true?

The pitfalls of stereotyping, assigning labels and categories is a theme in many of my stories.

This blog is the first in a three part series about Lying and Labeling. In this segment I explore the incriminating nature of labels. In the next part, I’ll respond to the episode on Dr. Phil that triggered this series. In the last part, I’ll suggest an approach to the problem (“Dr Kixx Approach.”)

While Channel Surfing the other day, I watched an episode from Dr. Phil. A mother called her daughter  a “pathological liar.” The daughter returned the favor by calling her mother a liar. After that it was hard to watch the rest.

The topic of lying and the label “pathological” brings me back to the story of a mother and daughter in my collection. In the Replacement Child, the main character, Rachel, watches helplessly as her friend, Betty, poisons her relationship with her daughter, Lucy. After Betty persistently accuses Lucy of deception and being a liar, she loses the young woman to the world of drugs.

So what it is that troubles me about the “pathological liar?” How did it come to be part of my story?

I first heard this damaging term used by a friend to describe her six-year-old. I was in shock. I couldn’t imagine myself saying to anyone else, acquaintance, friend or family member, “You know, my kid is a pathological liar.” The words seem like a condemnation or life sentence.

I believe that when we call or label someone a pathological liar-like so many other labels – “he’s psychotic,” she’s “bi-polar,” “she’s a social climber”- it seems irrevocable and written in stone, a statement about their character, unchanging and unchangeable. When I think back to that time I heard those words about a child, they seemed like a life sentence or a jail term for some indeterminate amount of time. 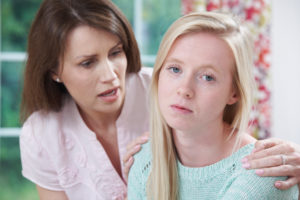 When I hear someone being labeled like that, I want to slink away. I may not say anything but I end up wishing I could scold them. Am I denying my own dark side? Like the famous psychologist, Carl Jung, I believe we all have a dark or “shadow side.” Do I believe I could never think of my own children as liars?

While I do acknowledge my kid could have said something I don’t believe to be true, I’d prefer not to develop that into a moral judgment about his character and then paste it on him or put a caption underneath him.

Life has taught me to look at lying through another lens, the lens of protection. We call upon the protection lens to guide us into emotionally safe spaces. Humans have a basic need to maintain equilibrium and seek out safety. We fear feeling vulnerable or exposing our weaknesses. A lot of lying is positively motivated by a desire to protect.

Lisa Firestone has articulated it beautifully, “Too often, people are coached by an inner critic to not express directly what they want or feel toward other people. You may have a guard up that tells you not to be too vulnerable. You may downplay your emotions or act like you don’t care, because you don’t want to feel or look like a fool.“

We could be lying to protect ourselves from embarrassment or negative judgments by others.

Or we could be lying to protect others from harm-emotional or physical. Or to protect their reputation.

Lying seems part of the human condition. Most, if not all of us, tell some sort of lies or “white lies” at one time or another.

If we accept that lies and lying are human, inevitable and do exist, perhaps we could come up with a less judgmental and critical description, one that allows room for positive change. What if we looked at a particular behavior, an instance of someone lying on a certain occasion, and simply say, “That doesn’t seem to be correct or right to me?”

I’d love to hear your ideas on this.