Writers have become intrigued by people who’ve worked with veterans with post-traumatic stress and then become terrorists, wreaking their own violent acts. They’ve asked if the steady exposure to horror stories could have a profound impact. In her updated 2011 article in the HuffPost Media, Aimee Liu cited the examples of Major Hasan who went on a shooting rampage at Fort Hood and Robert Remington, the Yale psychiatry resident, who was arrested for amassing weapons which included illegal assault weapons and a sniper rifle. Both worked with trauma victims.  Liu asks:

“Could it be that there is something about the steady exposure to stories of the horror of war that twists the psyche?”

It seems likely that exposure to horror stories has the potential for inducing traumatic responses or even pain and empathic grief in the therapist or caregiver. In extreme cases, I suppose it could lead them to violent acts but this would be exceptional and highly unusual.  It certainly doesn’t fit with my years of experience as a therapist or that of my colleagues. 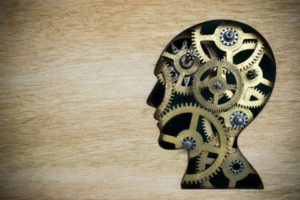 Psychologist Carl Jung suggested that innate sensitiveness predisposes some individuals to be particularly affected by negative childhood experiences so that later, when under pressure to adapt to some challenge, they retreat into infantile fantasies based on those experiences and become neurotic. Such responses as Major Hasan’s or Dylann Roof at the Charleston, South Carolina church, were beyond neurotic.

The exposure to horrific stories of war and violence that exists in our culture and others has become commonplace. It’s been encouraged in the media. Indeed, it has become the norm to show images which portray explicit violence and blood. This poses an interesting question – does exposure to stories of horror such as those we view on television lead to violent acts? This seems parallel to the notion that children observing aggression or violence on TV become more violent and aggressive. That outcome has been shown in many research studies.

“Alternatively, could it be that certain twisted psyches are so attracted by these stories that they enter this field of work?”

I think the notion of a “twisted psyche” is an unfortunate example of how our perceptions of mental health conditions are sensationalized in today’s culture.

Suggesting that “twisted psyches” are so attracted by these stories that they enter this field of work (psychiatry, psychology, counseling)  seems another stretch. I can certainly think of many more likely avenues that would be pursued by individuals “attracted” by horror stories. To assume that those individuals would be able to pursue and pass a rigorous course of studies is questionable, as well.

If we flip the coin, it is reasonable to assume that some individuals would hope to resolve their considerable childhood traumas in more productive ways. This is fertile ground for investigation. (see my articles about trauma Peter Levine under “My Articles”)

Like Jung, I do believe many of us do fall into the category of “sensation seekers.” Some of us are fascinated by horror. Does this mean that we have a greater propensity to engage in acts of violence?  What do you think?