Strong Women: The Blessings of RBG
by Dr. Kixx Goldman

I had the privilege recently to watch the documentary, RBG, and filled in a lot of blanks. Justice Ruth Bader Ginsberg said, Women will only have true equality when men share with them the responsibility of bringing up the next generation. 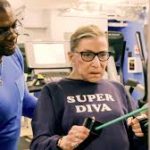 Ms. Ginsberg’s own early experiences depicted in the film demonstrate to us how different things were for women earlier in the last century. At Harvard Law School, she was one of nine women in a class of hundreds and, like many other women, was asked by the dean why she thought she deserved to take what should have been a man’s place.

Hearing such revelations in the film was a sad reminder of my own experiences in times not so long ago. I remember a mentor trying to talk me out of being listed as first author on my research, with the comment, “You don’t need this, you’re not going to do anything with it, anyway.” He thought I was too old, and anyway, a woman. I’d probably never be a professor. For me, that seems to sum up the heart of a woman’s dilemma in our culture.

I’d always wanted to know more about Ruth Bader Ginsberg (RBG) but hadn’t followed my curiosity. It became an imperative only when my favorite Saturday Night Live (SNL) gal, Kate McKinnon, did her recent impersonations of Ms. Ginsberg. From my understanding, she is the first justice to become a pop culture icon. Younger women have adopted her as a champion of our cause. 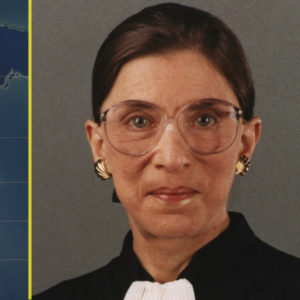 Like Itzhak Perlman, the subject of my last blog, Ruth Bader Ginsburg was blessed in her marriage to Martin Ginsburg. They met at Cornell and he became a strong support figure in her life. A man who believed in domestic equality, he had a successful career as a tax accountant but noted he was responsible for cooking meals and cracking jokes while she was making history.

I was delighted by the film, a celebration of Justice Ginsberg’s life and her significant contribution to women’s equality. As a lawyer, she won five out of six sex discrimination cases and her work on the bench reflects the notion that women are equal citizens and that, barring them from certain jobs and educational opportunities while treating them as social inferiors to men, is unfair.