Do We Need to Label Ourselves?
by Dr. Kixx Goldman

Once upon a time, I counseled at a mental health center in a small town out of Vancouver. Years later I was inspired to write a short story, Monitored, about my work at the center with an interesting client, “Frank.”

I set the story at Riverview Hospital, the British Columbia provincial mental health center. Though I never worked there, I’d always been curious about it. Riverview was shut down in 2012, before I ever had a chance to visit, but I’d always been intrigued by the name’s romantic sound. It conjured up images of rolling meadows and a serpentine river, idyllic for patients. I was  disappointed to read the Huffington Post, which declared, “…it’s a spooky place, with “deserted buildings and shadowy grounds.”

Frank came to therapy because of conflict in his relationship. I was puzzled when the focus of our sessions quickly shifted and he reported “being monitored” at work. He thought co-workers were spying on him, breaking into his locked office and going through his papers and belongings. My hunch was that Frank’s belief was illusory. Mental health professionals following a standard psychiatric approach, might say he met the definition of “paranoid,” a mental disorder, because of his “delusion” that he was being singled out for harm. They would have prescribed medication for Frank and possibly hospitalization. 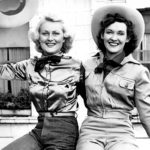 I never did embrace labels like  paranoid. I know humans have a natural tendency to categorize, order and label. But unlike designer labels–Calvin Klein, Levi, Betsey Johnson to name a few–those we attach to people pathologize them. Bi polar is an especially popular label these days. Such descriptions imply criticism and tend to be written-in-stone. This makes it difficult for a person to change. Once we label someone, we tend to make an end run around creating a constructive plan of action for change and healing.

Having been trained in the “soft sciences,” of family systems theory, I couldn’t, or wouldn’t, assign a label like “paranoid delusional” to Frank. I saw medication or hospitalization as a last resort. I saw Frank’s fears of being spied on as having the beneficial function of protection, helping him to avoid thinking of the painful problems in his relationship. My inclination was to use a compassionate approach, which focused on my client’s strength. If Frank could see his “symptom” of feeling monitored as being beneficial in protecting him from facing painful feelings or conflicts, he’d be able to more easily accept those feelings and begin to address his relationship problems.

What I’ve noticed working with people is that if real change is to occur, they need to accept, or even embrace, their present situation. Showing clients how their problem or “symptom” is beneficial to them is part of an approach that is most successful, especially with individuals like Frank, who demonstrate openness, a capacity for self-insight, and willingness to embrace new ideas. 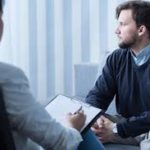 My ideas seemed reckless and revolutionary to my colleagues, who held more traditional views. They disagreed openly with my approach and my avoidance of psychiatric labels. Luckily, I had the support of the director of the center, who encouraged me to follow my intuition.

You might be wondering, Is that it? Sounds too simple. Yes, you’re right, there is more to it. This is a summary description of what was an in-depth process of therapy. In my next blog, I will elaborate a bit more about the process of the therapy with Frank and the outcome. I’ll also briefly discuss my story, Monitored, as it relates to the notion of labels and outcomes.