Marriage Under the Microscope
by Dr. Kixx Goldman

Putting marriage under the microscope was somewhat of a novelty back in the 80s when I was a graduate student in counseling. At the time, many therapists had run into roadblocks when they adopted approaches from behavioral therapies. Couples weren’t experiencing lasting change.

Popular “Behavior Exchange” approaches were based on the idea that social behaviors are akin to an exchange of goods. In a distressed relationship, “Mark and Marie” might be coached to work out more reciprocal behaviors such as, “If you take out the garbage, I’ll do the dishes.” Another approach drawn from behavior therapies was to teach people how to talk to each other differently. The therapist might say, “Mark, rather than complaining about the things you don’t like, could you first express appreciation to Marie for making a great dinner for you?… Marie, could you acknowledge Mark’s appreciation?” After that, the therapist would give partners the opportunity to tell each other one small thing they’d like to change about the other’s behavior.

Our group acknowledged the value of reciprocity and communication skills but wanted something deeper and more lasting to help couples.  That’s when we developed and decided to test the effectiveness of emotion-focused therapy, which was in its infancy at the time. 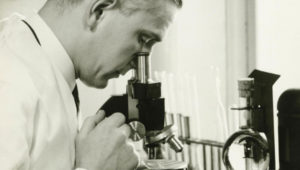 In our research, we looked at the anatomy of the fight cycles that couples get into. You might recognize such repetitive patterns in your own relationship. For example, He controls and You rebel or You Pursue and He Distances. We helped partners get under those cycles to their soft underbelly. We helped them access the sadness, pain and other vulnerable feelings under their anger or hostility. The next step was for partners to express those feelings to each other and ultimately feel more understood and accepted. Once these goals had been accomplished, we taught the couple some communication skills and helped them to talk to each other differently

The powerful positive results we found were amazing.

Cappuccino on the Rocks, a story about a couple I worked with using the Emotion Focused approach, will be posted soon under “My Writing.” Note: I’ve changed the names and information to protect privacy.