Reading Hana Schank’s comments in a Salon post of March 2nd made my blood boil. Hana implies that women over 45 are supporting Hillary, and those under 45 are “feeling the Bern.” Not on my watch.

I’m an “older something” woman, psychologist who supported Hillary in ’08 because I didn’t know better and because she might have seemed trustworthy then, before the debacles of her reign as secretary of state and the email fiasco. And that was before I became aware of her being bought off by Wall Street and the democratic establishment. I idealized Bill Clinton when I was too uninformed to know the pitfalls of some of his policies (Wall Street and Welfare). Bill had class, a well-thought-out philosophy and a deep intelligence. I’m not sure what that has to do with Hillary, even though she and Bill seem to be related and part of the dynasty.

Well, you got it, I’m a Sanders fan all the way. I really don’t care what’s below their belts. It’s what they’re thinking and doing that matters to me. And what I might expect them to do during their term of office. 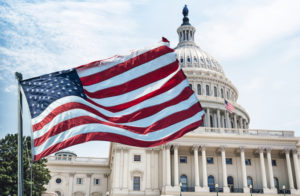 Schank seems to assume that a young man was patronizing Hillary when he said to her at a town hall meeting that he’s heard she’s dishonest. And Schank implies he’s sexist because he spoke to Hillary in a tone you wouldn’t use to speak to someone who was a former secretary of state and senator. She concludes, “it was the tone you reserve for that dumb chick…”

When I deconstruct Hana’s contention about the civility of voters, I find hers an odd statement, especially in light of the current tone of political discourse in this country. And the nature of the questions we ask of politicians should really depend on the politician’s level of competence and integrity.

Bernie Sanders seems to me, out of all of the candidates in the field (any one of the Republicans are a write-off and a cruel joke), the most honest, authentic, capable and accomplished. Yes, accomplished. I really resent Schank’s innuendo that we should forget about the most charming male in the room and vote for a woman. Really? Is that what it boils down to? Shame.

I’ll grant you that Sanders is charming, but he’s a lot more than that. He’s logical, straightforward and articulate and most importantly, much more important than his charm, Bernie Sanders has demonstrated his capability in his outstanding track record over many years in office. The reason he’s articulate is that he’s saying something important, something that we in this country need to listen to. Anyhow, since when was charm a deficit?

Schank says she’s supporting Hillary because…“I’ve lived through enough to understand that if Hillary were a man she’d be the front runner hands-down.”

I’ve lived even longer, enough to understand that if a woman as capable as Elizabeth Warren were running, she’d be a front runner, along with Bernie of course, hands-down.

I’d love to see a woman in office. Just not Hillary.

For me, the most exciting part of Bernie’s campaign is his intention to move us away from oligarchy, toward democracy. He wants to take our country back from the plutocrats and will fight to achieve that. He will not need to implement policies to pay back the democratic establishment and Wall Street for their campaign money. Bernie Sanders has all of the qualities that I could wish for in a president. Since when did that cease to matter?