I Remember the Sixties
by Dr. Kixx Goldman

My shock button lit up yesterday when I read on Facebook about an incident in which an effigy of a lynching was put on the lawn of neighbors of a racially mixed couple in Vancouver, Washington.

One woman responded, “What does that have to do with the election?” My inner voice says, Everything! 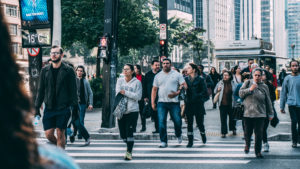 There are some things that we just intuitively know, that don’t have to be researched, documented or scientifically proved. We know the sun will rise tomorrow. We know four plus four will always equal eight. There are other things we think we know-like how many planets there are until we find out there’s one more-Planet Nine, discovered in January of this year.

One of the things I intuitively know is that Donald Trump’s nomination, campaign, the accompanying media publicity and subsequent election and his choices of henchmen to run our government have uncovered and unleashed an outpouring of anger, xenophobia, latent racism and bigotry in our country.

In my response I said, “I remember the sixties. This brings it all back, bubbling away under the surface, waiting to ignite. Most discouraging.”

I believe this incident does have to do with the election. Perhaps you’ll agree, this election is a catalyst for igniting destructive forces.

In my next blog, I’ll be discussing a powerful but much underutilized antidote: Social Justice!